Karimunjawa Archipelago, a group of beautiful islands in the north of the island of Java. Karimun Jawa has 27 islands, all of which we can enjoy the beauty of. Included in the Jepara Regency, Central Java, these islands are surrounded by the shady and calm Java Sea. It is very fitting for a vacation spot to relieve stuffiness, fatigue, and stress with daily routines.

What’s going on, on the island of Karimun Jawa? Perhaps many of the potential tourists who want to vacation on the island of Karimunjawa, see and seek information from the internet. Along with the increasing number of people who can access the internet easily, of course this is done a lot to dig up information about Karimunjawa. The sea, yes, the sea is indeed the mainstay of Karimunjawa tourism. The nature of Karimunjawa which has many seas is the most appropriate place for those of you who like water tourism. In Karimunjawa we can see the beauty of the beaches on uninhabited islands. Imagine, uninhabited! Surely the nature is still clean and beautiful because it has not been touched. 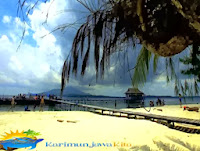 With 27 islands, of course it will take a long time to get to all of them. So usually Karimunjawa tour packages only visit islands that are close to Karimunjawa island (Karimunjawa island is the largest island in Indonesia). Karimunjawa Islands and became the main entrance to the Karimun Jawa islands). Some of the islands that are usually used as tourist tours are the big Menjangan island, the small Menjangan island, the geleang island, the big fir island, the small fir island, the middle island, and the small island. In addition to island tours, tourists are also invited to see the underwater life of Karimunjawa. With snorkeling (tools provided by the tour package bureau), we can take a closer look at Karimunjawa’s underwater life. We can see coral reefs, fish, and other marine life up close. Another thing that is the mainstay of Karimunjawa tourism is shark breeding. By having a vacation to Karimunjawa, we are treated to a sight that you may not forget, namely the shark captivity. On Menjangan Besar Island (the island closest to Karimunjawa Island) there are 2 pools containing these wild animals. But don’t worry, because they are used to living in ponds, these sharks in captivity seem to have become tame and friendly to humans. We can swim up close or take pictures with the sharks. 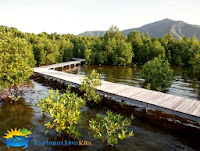 If you intend to vacation in Karimunjawa, you can choose a travel tour agent to travel to the island of Karimunjawa. Karimunjawa package tour agents can make it easier for us to explore the natural beauty of Karimunjawa. Imagine if we had to look for boat tickets and adjust ship schedules, look for lodging, schedule events while in Karimun Jawa, or find food while at tourist attractions, it would be troublesome, wouldn’t it?

It should be noted that Karimunjawa, which is located approximately 85 nautical miles from the mainland of Jepara, mostly depends on the supply of daily needs from the city of Jepara. Like, groceries, fuel, and so on. Automatically, the cost of living on this island is relatively more expensive when compared to other places. Well, this can be used as consideration for us to adjust costs during the holidays. By following one of the Karimunjawa tour package agents, we can easily and practically manage those needs. Starting from PP ship tickets, lodging, logistics, to tours to tourist attractions, we can leave it to them. Travel tour agents usually have prepared everything. 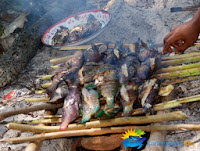 In choosing the JAVA KARIMUN PACKAGE, the first thing you need to know is the professional work of the tour agent. How to choose a good Karimunjawa package agency? There are several factors that need to be underlined in choosing a tour agent. For example, for setting an event schedule, many tour agents cannot provide complete information about the Karimunjawa package. In fact, there are some who only entrust tourists to other agencies, in order to make profits, and only charge fees. Tour agents like this are usually fake tour agents who only want to make profits without working, and usually tour agents like this come from outside the island of Karimunjawa who don’t know the ins and outs of the Karimunjawa archipelago. There are also cases of food that does not match the prices offered to tourists. In Karimunjawa, where most of the area is beach and sea, of course the natural products are those related to the sea, such as various types of fish. If we join a package bureau tour that provides a menu of tempeh or eggs, of course this is very unfortunate. Because most tourists want to enjoy the typical cuisine of these tourist attractions.

Those are some examples of the advantages and disadvantages of KARIMUNJAWA TOUR PACKAGE TOUR AGENTS on the island of Karimunjawa. You can read and see complete information about KARIMUNJAWA ISLAND, KARIMUNJAWA PACKAGES, PACKAGE PRICES, SHIP DEPARTURE SCHEDULES AND CRIVING TIMES, TOURISM PHOTOS, HOMESTAY OR HOTEL INFORMATION, BACKPACKER PACKAGE OR HONEYSON PACKAGE INFORMATION, RECORD NUMBER, and others -other at www.karimunjawakita.com. On the website, it is explained clearly, in detail, and completely for those of you who want to make Karimunjawa a vacation spot with family, friends, or a partner. bismania
How to Get to Jepara Central Java