karimunjawa travel info
Karimunjawa Tour Packages 2020 – Karimunjawa is improving in 2020, Karimunjawa tourism is expected to remain the prima donna of tourism in Central Java. Especially now that the new crossing route from Kendal Regency has been opened. It will certainly have a better impact on the tourism world of the island of Karimunjawa. 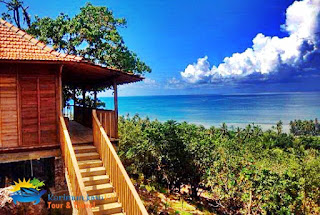 We, from the services of the Karimunjawa tour agency, always follow developments. Karimunjawa Travel prepares a complete Karimunjawa tour package starting from January, February, March, April, May, June, July, August, September, October, November and December. The cheap karimunjawa 2020 package that we have prepared is a package with full facilities in order to get comfort in a pleasant holiday atmosphere.

Our goal is to give you the widest possible time to enjoy the beauty of Karimunjawa. We also want to make it easier for you to vacation at a low cost. Our Karimunjawa tour is well known for its facilities and professionalism. Many people think that backpacking to Karimunjawa is difficult, but not if you join our Karimunjawa tour package. You will get an affordable price but get a memorable and satisfying holiday atmosphere.