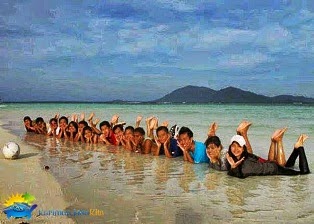 Hopefully this situation will improve quickly, and tourists can return to their respective places.

More than 700 tourists were trapped in Karimunjawa due to high waves that hit the waters of Karimunjawa and North Central Java. The reason is, due to the high waves, KMP Siginjai, KMP Kartini and the Maritime Express Ship could not make the voyage.


According to Miswan, the accumulation of passengers was caused by tourists staying a few days in Karimunjawa to celebrate the new year. Meanwhile the ship cannot operate as scheduled.


Saturday (3/1) tomorrow, the three ships will also certainly not be able to sail. Based on data from the Meteorology, Climatology and Geophysics Agency (BMKG) received by Jepara Beach Radio, the wave height on Saturday is estimated to reach an average height of 2.0 to 2.5 meters, with a maximum height of 2.0 to 3.5 meters for waters. Karimunjawa. The wind speed reaches 20 knots.


For the northern waters of Central Java, the average wave height reaches 0.5 to 2.0 meters, a maximum of 2.0 to 3.0 meters with wind speeds between 15-18 knots. The direction of the wind that causes large waves to hit is from the northwest. High waves are expected to persist until Sunday (4/1) tomorrow. Central Java tour
The charm of Karimunjawa that never ends