Jepara tour, karimun jawa island, karimunjawa, travel info
Karimunjawa is located on the Java Sea and is located in Jepara Regency which is about 83 KM from Kartini Beach. The Karimunjawa Archipelago is a group of islands totaling 27, but only 5 islands are currently inhabited. The main tourism potential of Karimunjawa Islands is the beauty of the beach, sea, and underwater. Because of this very potential tourism sector, Karimunjawa is designated as the hall of the Indonesian national park, which is called the Karimunjawa National Park. 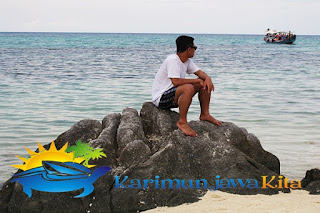 According to a legend that developed in the community, the story about the name Karimunjawa comes from the story of a propagator of Islam named Sheikh Amir Hasan and is a son Sunan Muria. It is said that Sheikh Amir Hasan was a student of his teacher, Sunan Kudus, who was his own uncle. But because he is a naughty boy in his daily life, then Sunan Kudus then throw it into the archipelago which when viewed from the top of Mount Muria (a mountain on the border of Kudus, Jepara, and Pati) looks Kremun-kremun (in Javanese) or means vaguely in Indonesian. Then, over time, the kremun-kremun change to kremun / karimun if you say it quickly. Then the islands are familiarly referred to as krimunjawa or karimun java.

How to Get to Karimunjawa

The Karimunjawa Islands are tourist attractions that have more than 90 types of underwater coral reefs, and more than 240 species of fish. Several other animal species that can be found in Karimunjawa are deer, monkeys, various types of birds, turtles, and others. Karimunjawa which is included in one of the districts in Jepara is a tourist spot that is quite difficult to visit. It is recorded that the division to get to the island of Karimunjawa is divided into 2 ways.

This sea route is the route that is mostly used by tourists to visit the Karimunjawa Islands. There are 3 boat options that can take you to this tourist destination. The first is KMC Kartini 1 which comes from the port of Semarang. The second is the Express Bahari fast ship that sails from Jepara. The third or last is the KMP Siginjai ship which usually departs from the Kartini port of Jepara.

The 3 ships have their own sailing schedule and differ from one another. KMC Kartini 1 for example, only departs on saturdays from tanjung mas port, semarangwhereas nautical express fast ship and KMP siginjai usually depart from Japanese port with quite a lot of schedule (read: karimunjawa ship schedule).

Good news for tourists who want to vacation in Karimunjawa, because the air route from Semarang has been opened. Flight schedule from Ahmad Yani Airport Semarang to Dewandaru Karimunjawa Airport Now it can be done regularly every Thursday and Friday. Even though it’s only 2 times a week, but this is enough to help tourists if the situation is really bad karimunjawa waters not allow for ship voyage.

Currently, there is only one commercial aircraft serving the Semarang-Karimunjawa route. The plane from the national airline, Susi Air, is a pioneer of the airline company that dares to open a route to Karimunjawa. Currently, the Susi Air plane to Karimunjawa can only be boarded by 10 passengers. But hopefully in the future it can be replaced with aircraft with more passenger capacity, so that it can make Karimunjawa tourism more advanced (read: flight info to karimunjawa)