Central Java info, indonesian tour, Karimun Jawa news
For those who have visited the island of Karimun Jawa, you may already be familiar with the damaged roads there. However, until 2015 this situation was still without any improvement from the local government. The residents of the Karimun sub-district, who are often promised assistance, have only received promises without knowing when they can be realized. 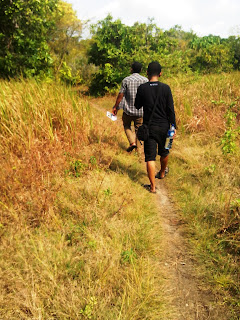 Even the admin has documented a video about road damage in Karimunjawa at the end of May 2015 yesterday. This video takes location along the road from Karimun Jawa village to Kemujan village. It is hoped that the government will see and then take action to get comfortable public facilities. Here is a video of the damaged road in Karimun Jawa (please see).

In addition, local journalists who had visited KarimunJawa also reported a little. Almost every journalist, every print and electronic media, has definitely reported about the damage to roads on the island of Karimunjawa. As written in the online media ANTARA NEWS. More details are below:

“Jepara (ANTARA News) – In the 2015 budget year, the Central Java Provincial Government will help repair roads on Karimunjawa Island with a budget of up to Rp16 billion.


“The length of the road that will be repaired is about 22 kilometers from Karimunjawa Village to Kemojan,” said Jepara Regent Ahmad Marzuqi in Jepara, Tuesday.


Initially, he said, the road repair was intended to be realized in the 2014 budget year in the Revised APBD, but because the time was too tight, it was postponed to next year.


He hopes that the road repair can support the daily activities of the local community, including tourists visiting Karimunjawa Island.


Facilities and infrastructure on Karimunjawa Island, he continued, really need to be addressed in order to boost the level of tourist visits because there is still a lot of tourism potential that can be developed.


In addition to road facilities in the area, he said, the runway at Dewandaru Airport will also be extended to 1,600 meters. Initially, the length of the runway was only 900 meters, then it was extended to 1,300 meters.


With such a long runway, he said, it could only accommodate planes carrying 40 passengers.


If the local airport runway is able to accommodate commercial aircraft, it can later become an alternative for tourists visiting Karimunjawa Island, when sea transportation is hampered by waves.


“If you use sea transportation, the time needed is quite long because to cover a distance of 90 kilometers from Jepara to Karimunajawa it can take up to 5 hours, depending on the ship,” he said.


Using the current fast boat, he said, only takes about 2 hours, while the Muria Ship takes between 4-5 hours.


The natural potential that can be offered to visitors, he said, is quite a lot, including coral reefs that can also be developed again through diving activities.


With the development of Dewandaru Airport, the Karimunjawa tourist attraction will become one of the four mainstay tourist destinations in Central Java.


Besides having natural tourism potential, Karimunjawa also has the potential for marine products, such as fish and seaweed which have good specifications.”