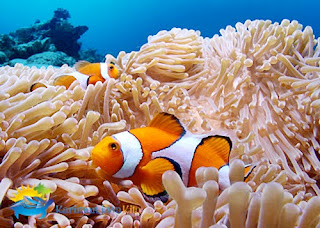 As written in the news below:

This was conveyed by the chairman of the Karimunjawa branch of the Indonesian Guides Association, Arif Rahman, when he was met at his residence on Jl. General Sudirman, Karimunjawa, Sunday.

“If the voices from fellow tourist activists are asked to change the schedule, because the current one does not match the frequency of arrivals and departures of tourists in Karimunjawa,” he said.

The subsidized flight schedule operated by Susi Air with routes to and from Karimunjawa is now held every Thursday and Friday.

The details are sequentially on the operational day from Semarang to Karimunjawa, then continued by Karimunjawa-Surabaya, Surabaya-Karimunjawa and Karimunjawa-Semarang.

Meanwhile, according to Arif, the ideal flight schedule is on Friday and Sunday.

“Because tourists usually come on Friday, they spend the weekend here and then on Sunday they return to their hometowns,” he said.

The flight schedule currently being used is actually a change since mid-May 2015, whereas when the Karimunjawa route was first operated by Susi Air, which was just inaugurated on May 2, 2015, it was run on Saturday and Sunday.

Arif said that due to the non-ideal schedule, he and his colleagues often received complaints from tourists.

“The problem is that flights are the only alternative access here. First, the capacity is small, secondly, the most important thing is that the schedule is not ideal.

“Meanwhile, if they rely solely on ship transportation, it usually depends on the weather, and often the schedule is not always on time, so we really hope that the airline will adjust to the needs of tourists here,” he said.

Copied from online news AMONG