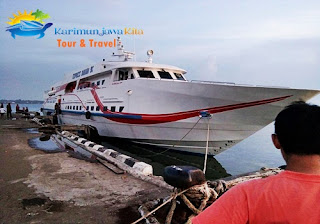 Starting in August, the Express Bahari fast boat has added its transportation fleet with a route from Tanjung Kendal Port to Karimunjawa Island. By using this ship, tourists do not need to go all the way to Jepara and can directly board the ship from Kendal. The length of the boat trip from Kendal to Karimun Jawa is 3.5 hours, it will make your tour more enjoyable.

Unlike the ship schedule from Jepara, from here the maritime express ship only gives 2 days of departure time, namely Tuesday and Friday, while the ship will return from Karimunjawa every Wednesday and Sunday. You can see the complete schedule for the Kendal Karimunjawa ship below. 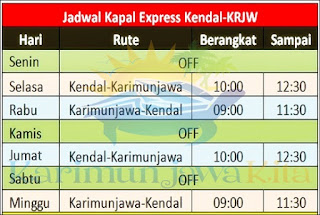 With this new ship schedule, you can take the Karimunjawa tour package by express ship that starts from Kendal district as follows: