karimunjawa info, karimunjawa travel info
Location of Karimunjawa in Jepara City ~ Have you ever heard the word island Karimunjawa? Do you think anyone has never heard of Karimunjawa or not? We think that there are already many Indonesian people who know or rather have heard of it. Because, now many tourists have visited it. Even on social media, photos or videos About Karimunjawahas spread in cyberspace.

Apart from that, there are also many, both electronic and print media, reporting or taking news topics about karimunjawa island. In fact, it is not uncommon to shoot events about nature tourism on several national private TV stations. That means adding information about whereabouts karimunjawa tourist location.

Where Exactly is Karimunjawa Location?

Karimunjawa located in Jepara Regency Province of Central Java. If from the past many people knew the city of Jepara as a warehouse for furniture and carvings, now Jepara is also known to have a marine tourist spot, namely Karimunjawa Island. Indeed, the city of Jepara has a mainstay of marine tourism such as Kartini Beach and Bandengan which have long been known. However, Karimunjawa, which is a tour of an island, has recently been no less popular with the two tours. The location of Karimunjawa is still within the scope of Jepara district. It’s just a slightly different location on the island which is located in the middle of the sea.

The Origin of the Name Karimunjawa

According to the story, the discoverer of the island of Karimunjawa is Sunan Muria. Sunan Muria is a guardian of Walisongo whose name is very popular in the ears of the Indonesian people. At that time, Sunan Muria was concerned about an acquaintance of his son, Amir Hasan. With the intention of educating his son, he ordered Amir Hasan to go to an island that looks “kremun-kremun” (runaway) when viewed from the top of Mount Muria. Derived from the name “kremun-kremun”, this island is now called Karimun. Geographically, Location Karimunjawa when viewed from Mount Muria, which is located in Kudus Regency, it is clearly a bit vague. So that it does not allow the eye to see clearly this island.

On March 15, 2001 yesterday, the island of Karimunjawa was designated by the Jepara government as a national park. Karimunjawa then worked as a place for a tour which is quite interesting. Island tours in the middle of the sea present beautiful views. Starting from coral reefs, mangrove forests, coastal forests, and also animal feces. Everyone who has entered this island will feel at home staying for a long time. Moreover, a newly married couple, guaranteed to be very impressive. With Location Karimunjawa in the middle of the sea makes it seem as if the world only belongs to the two of us.

Along with the growing popularity Karimunjawa Island turned out to have a positive impact on regional treasury. The reason is that every month many tourists, both local and foreign tourists, come one after another to visit Karimunjawa. There is no other purpose except to just want to feel the beauty of the panorama of the sea and the forest there. This is evidenced by the existence of a number of services Karimunjawa tourism which are widely scattered in cyberspace. So that it is very easy for people in various islands and countries to get information about this mainstay island of Jepara.

In addition, the arrival of tourists turned out to be a blessing to Karimunjawa residents which provides many inns, homestays, hotels, stalls, and others. The location of Karimunjawa which is full of marine aromas allows visitors to enjoy various types of scenery such as sand, troughs, corals, forests, and so on.

In essence, if you want to visit Karimunjawa it is very easy. You can do it from port of Tanjung Emas, Semarang. In this place, there is the Kartini Ship which is ready to take tourists to Bali Location Karimunjawa quickly. Departs on Saturday at 9 and returns from Karimunjawa on Sunday afternoon. 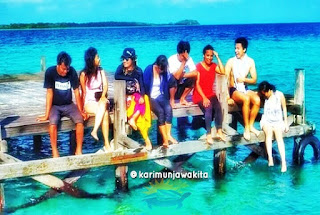 Or if you want to go through Jepara, you can also go to the pier Kartini Beach. In this place there is also a KMP Siginjai ship that is ready to take you to Karimunjawa. The ship schedule is usually Monday, Wednesday, Saturday, at 07.00 am. And Tuesday, Thursday, Sunday morning from Karimunjawa. The maritime express fast boat departs Monday, Tuesday, Friday, Saturday, 09.00 am and then returns from Karimunjawa on Monday, Tuesday, Saturday, Sunday. However Location Karimunjawa which is located in the middle of the sea, sometimes the departure schedule can change at any time, depending on weather conditions. So the departure schedule is not permanent. 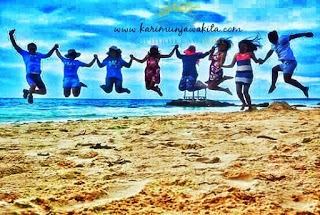 Because now you know Karimunjawa Address and Location Karimunjawajust schedule a tour to the island of karimunjawa.