karimun jawa, Karimun Jawa news, karimunjawa info
The wreck of a Nazi submarine was surprisingly found in the waters of Karimunjawa. No doubt, this discovery then shocked the international world. Research was then carried out by the Indonesian government to be used as knowledge to the wider community how and what happened so that a Nazi submarine could sink in the waters of Karimun Jawa. 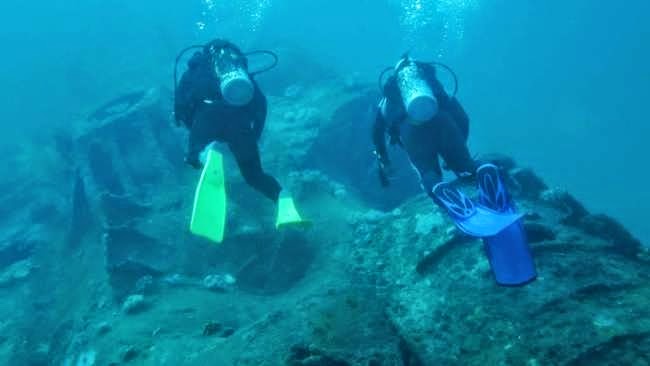 Full information is written by http://www.cnnindonesia.com, as written in full below.

“Last year, 2014, the Indonesian Navy Frog Troop Command found a Nazi German submarine, the U-boat, which sank in the waters of Karimunjawa during the World War II era. Until now, Tuesday (14/4), the ship was apparently left buried at the bottom of the Karimunjawa Sea.


“The U-boat remains on the seabed, not being lifted, because it costs a lot of money to lift it,” said National Archaeological Center Research Team Leader Bambang Budi Utomo to CNN Indonesia. At that time, Bambang led a research team on a U-boat that dived to the bottom of the sea.


The team only took the objects that were on the U-boat as evidence that they had found the wreck of the Nazi submarine. However, the items taken did not necessarily belong to Indonesia.


These objects remain the rights of the German government as the ship’s country of origin, in accordance with applicable international agreements.


The search for the Nazi submarine has been carried out by the Indonesian Navy’s Kopaska since May 30, 2014. At first the team realized the possibility of a sunken Nazi ship from the publication of a media in Java that reported the U-boat was sunk near Karimunjawa Island.


However, at that time there was no follow-up to find out the truth of the news, so Kopaska decided to make a small expedition. The team of 10 people departed from Jepara, Central Java, to Karimunjawa Island using a ferry, then connected by wooden boat to the waters that were the target of the investigation.


After spending 10 hours on a wooden boat due to the slow speed of the ship, the U-boat was finally found at a depth of 25 meters. In fact, the position of the 30-meter long sunken submarine is closer to the island of Borneo than the island of Karimunjawa. (agk)”