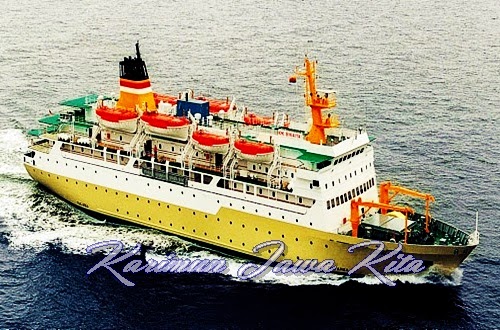 Good news from PT. Hopefully this Pelni will be implemented quickly.

The sea route from Semarang – Karimunjawa will be added. This step is to increase the number of tourist visits to favorite tourist destinations.


The Head of the Central Java Culture and Tourism Office, Prasetyo Aribowo, said that the frequency of transportation to the island was increased considering the number of tourists continued to grow.


“We are cooperating with PT Pelni to expand the sea route, which is twice a week,” he said on the sidelines of launching TIC Central Java E-tourism, Wednesday (31/12/2014).


According to him, the sea route that is already available is only two trips from Semarang – Karimunjawa. This addition will expand the route to four times a week for direct travel.


He continued, an assessment has been carried out with the relevant agencies and will be finalized in the near future. In general, the number of domestic tourist visits has decreased compared to last year.


“The Visit Central Java Year 2013 program did have an impact on domestic tourists (wisnus) triggered by the number of tourism events as many as 294 events both on an international, national and local scale. Meanwhile, this year only 200 events were held. “The various disasters that hit Central Java also affected the number of visits,” he said.


He hopes that tourism actors in the coming year will be more creative in optimizing the wealth of tourism objects they have. Heritage-based wealth can be maximized to become a tourist magnet. “Attractions in the language of culture and local wisdom can be explored and packaged more attractively. Not all regions have this wealth,” he explained.


In addition, he continued, the use of technology can be optimized by strengthening digital (online) promotions. This media makes a wider reach and more capacity. “Regencies/cities must be ready with digital marketing to provide the latest information about tourism,” he said.