karimunjawa info
Karimunjawa is a beautiful archipelago in Jepara that has now become one of the marine tourism destinations favored by the people of Indonesia and abroad. If on a whim you ask someone who is beside you if he wants to be invited to go on vacation to Karimun Jawa, almost 100% sure he will answer yes. That’s Karimun Jawa, a local tourism phenomenon that is on the rise. 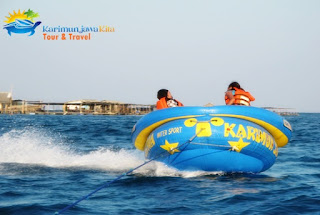 As reported by Kompas, Metro News, Detik Com, and other media portals, Tanjung Kendal Harbor in Kendal Regency has just opened a crossing to Karimun Jawa using the Express Bahari fast boat. The ship with the name Express Bahari 2C is used to serve crossing the Kendal – Karimunjawa route every Friday and Karimunjawa – Kendal every Sunday.

Bahari Express is a fast ship that previously served crossings to Karimunjawa via Jepara. This ship consists of two ticket classes, namely VIP class and executive class. According to information from Express Bahari’s social media account, the ticket price being sold now is a PROMO PRICE, with the VIP class price being Rp. 210,000,- and Executive Class Rp. 175,000,-. So, are you interested in having a vacation to Karimunjawa, if so, just join the complete and cheap Karimunjawa Tour Package together OUR KARIMUNJAWA travel tours.